Before the construction of the Tennessee Aquarium and the downtown renaissance it brought, Chattanooga was an industrial town. Driving around, particularly through Rossville or around certain parts of the Tennessee river, I often spot beautiful, vintage logo designs and faded directionals. I try to take a picture when I can. Here are some recent finds:

According to the Times Free Press, the mill was founded in 1905 and used to be one of the largest woolen mills in the world. I believe the RDC logo is for the company that owns the 27 acres that make up the mills complex.

Gears are often used in industrial contexts and, if used without ingenuity, can make a logo feel cliche. But, I like how it's used as a containing shape for the lightning bolt and the company's initials. I've never seen a bolt with such a thin crossover, the piece that jags to the right before descending again. However, I think the most interesting thing about this design is the vertical stacking of the company initials. You don't see that very often. Alongside the bolt, they create a nice balance together inside of the gear.

They're now known as Genco, which I am assuming is a contraction of Genter Co. Just below Genter is a lovely badge with "GENCO" set both vertically and horizontally. I won't hazard a guess at the font being used. But, the weathered bold, sans-serif logo, or wordmark, is still quite visible years after it was painted onto the brick. A great reminder that, sometimes, all that is required is a company name expertly typeset in a beautiful font.

I took a photo of these print materials at the Chattanooga Choo Choo. The gold foil on the rule book to the left caught my eye. I know from experience that manipulating letters into an enclosing shape, in this case a circle, can be very tricky. I'm impressed with the solution for the S and the inner notches that help create the letter's curves. The R's leg is a bit awkward. It feels like it got cut off a bit early. But, there wouldn't be much you could do to make it obey the enclosing circle. Overall, a beautiful way to execute a monogram. "Operating Rules" is written in Futura and words in the circle badge might be Futura as well.

The Freemasons logo is well-known. But, I was struck by the beauty of its implementation here etched into stone in the side of a Chickamauga building. You sometimes see the square and compass embellished with a lot of detail. Here, the restraints of the medium kept the shapes clean and simple. I particularly like the slight cut at the top of the compass that indicates where a shadow would fall. A very lovely detail.

Located right off the Tennessee River as it winds around Moccasin Bend, you see the top of the Eureka Foundry building as you drive down I-27. As with the Genter wordmark, the bold, all-caps, sans-serif font that the "Eureka Foundry" logo is written in has kept it prominent and visible ever since it was originally painted on the brick. I like that the font has some contrast (the legs of the N are thinner than the diagonal, the arms of the E are thinner than the wide spine) and is fairly condensed. But, what originally caught my eye driving on the interstate was the "E" monogram. Whereas the wordmark is a condensed font, the monogram is the opposite. It's wider, I think, than it is tall. And, it's got a thick circle encompassing it. It's not the most original monogram, but it's a beautiful execution sitting at the crest of the foundry building.

I'm not sure this qualifies as truly "vintage". But, I decided to include it because it has a lot of elements common to vintage logo design. For example, it uses a beautiful inflated triangle as an enclosing shape with "State, Federal, and Local" tucked in neatly just inside of the border. Most interestingly, it uses elegantly simply symbols for mountain and water. I love how the curve of water transitions gracefully up towards the peak of the mountain. And, the way "WATER" is written inside of the bowl is quite well-done.

Work with Serve to Design Your Logo

We don't just drive around Chattanooga taking photos of vintage logos. We make them too! If you're in need of branding services, learn about our logo design process or contact us to get started. 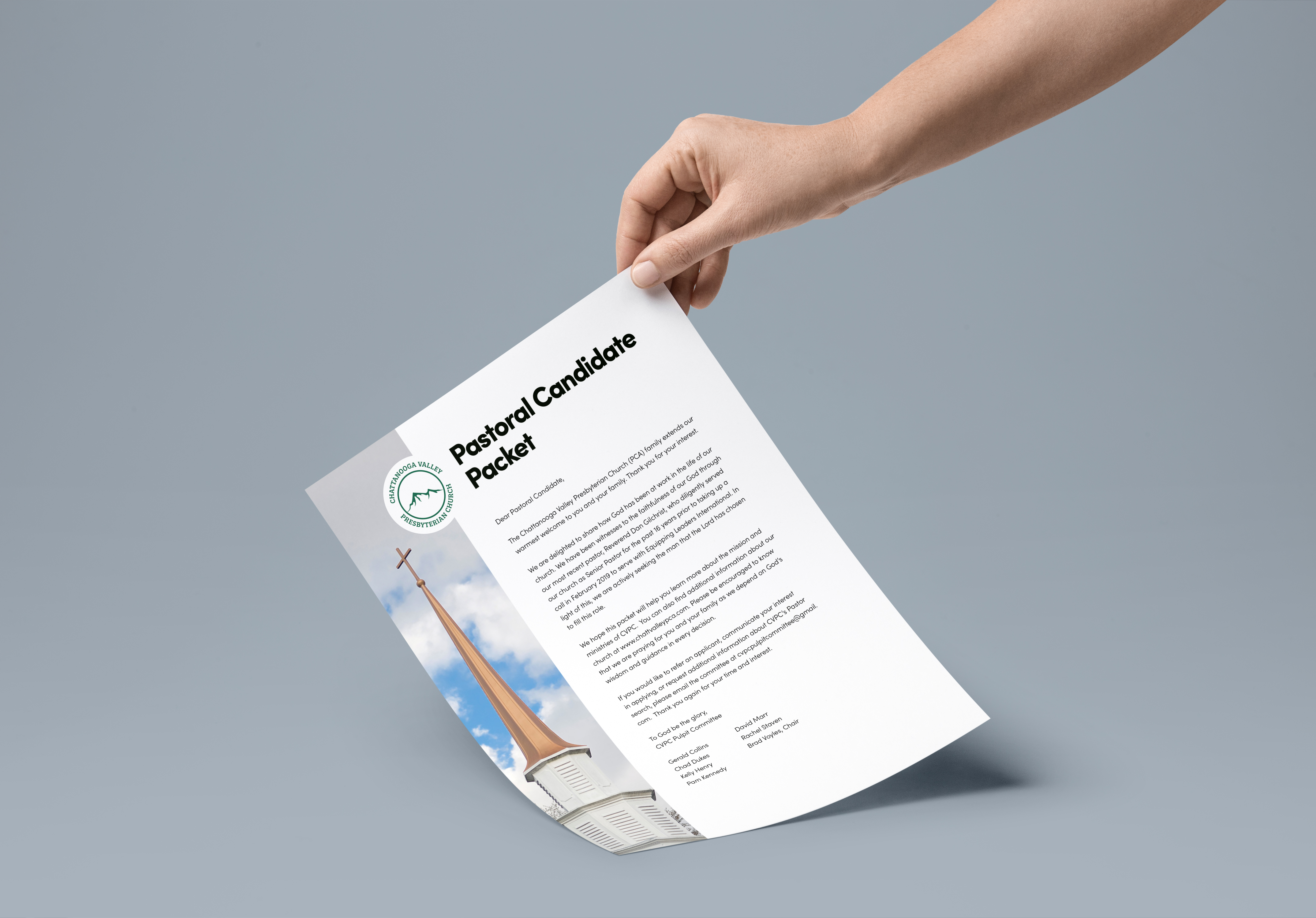 8 Tips for Designing a Candidate Packet 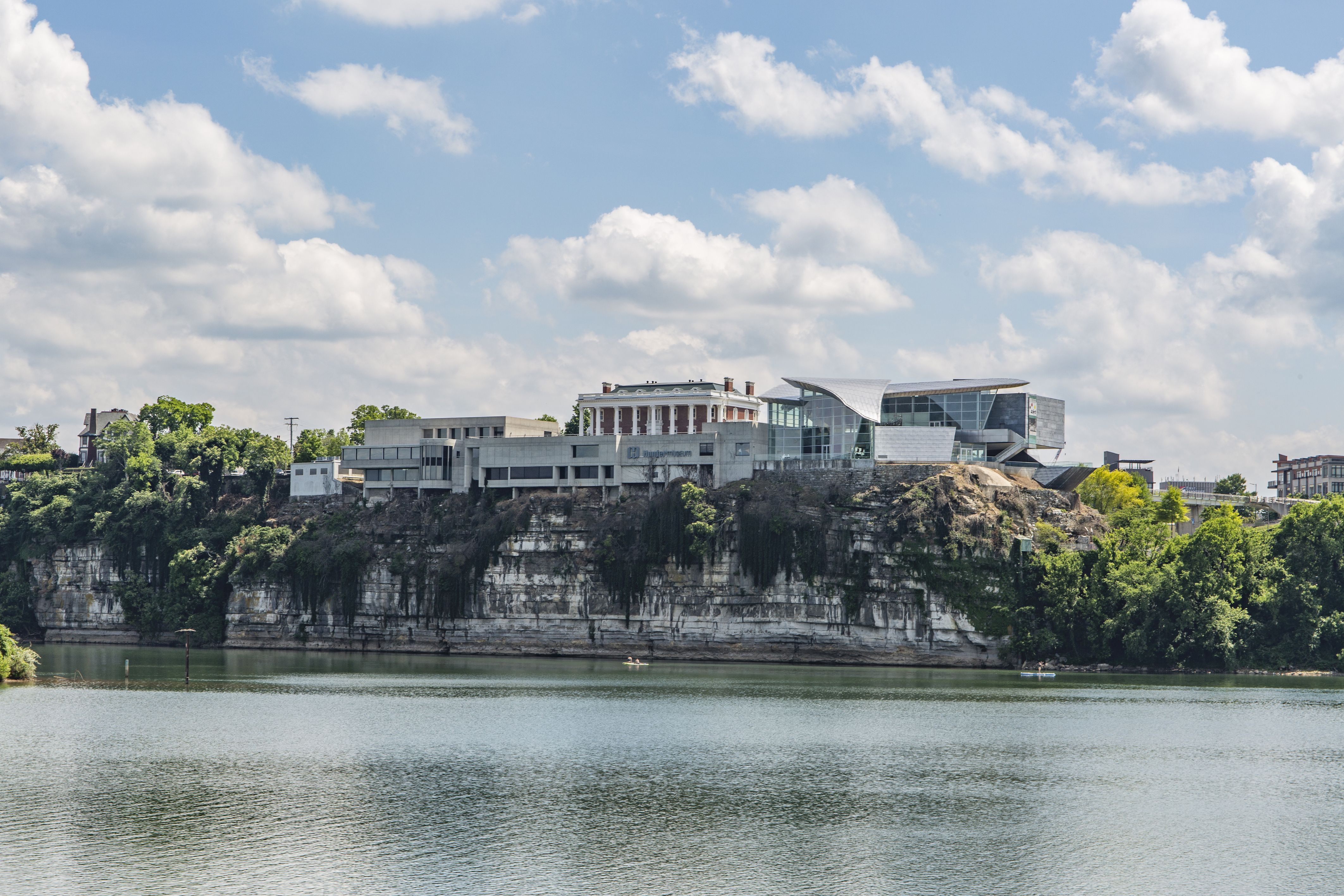